Latest story >>>The Magic Mansion (https://neuage.org/MM/ Maggie and Mabel's Magic Mansion will take them wherever they wish to go. The house used for this story is a model made by my father-in-law after visiting our house in Round Lake, New York and upon return to Australia he built this model based on his memory of our house. The page for this house is at https://neuage.org/house/ As of October 2015 there are three chapters and an introduction to these adventures.

There will always be

someone to promise you Manhattan

tickets to the Super Bowl

can make no promises 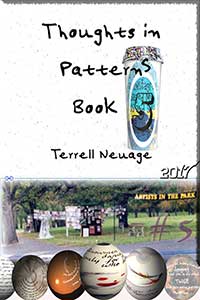 Everyone was there
my mum who put me up for adoption then died from cancer
my mum who raised me then died from old age
my brother who still is my favourite human who died of AIDS
my girl friend who killed herself in 1987
my girl friend who killed herself in 1972
my master teacher who died of a brain tumour
my master teacher who killed herself
my dog (puppy) who chased another dog whilst in heat never to return
We shared a glass of liquid light
talked about the old days
and how strange it was
that I was still alive
when the plan had always been
that I would go first
and meet all of them
after I had set the table
for this our final meal together.  8-20-1994 Victor Harbor South Australia
though my dad (94 this year) is still doing fine up there in Clifton Park, actually but a boomarang’s toss from the woods in the photo above.  Just thought I would share all this with you NEW SITE = JULY 2014 - https://neuage.us/2014/July/ - Today.

romantic poem of the week