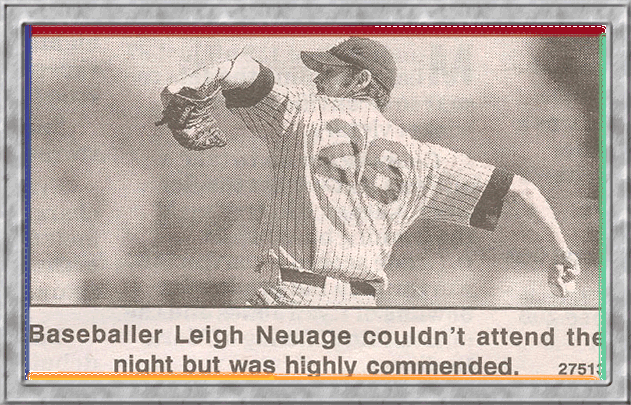 Memorial 04 / 05 / 06/ 07 / 08 /09/10 [16 August 2010 - year seven, is this possible? I am still thinking Leigh is going off to Dodgertown Florida for spring traning but the last time he did that in February was 2003 - not this week...I will be staying once again at his last place, The Novotel Hotel Corner Olympic Boulevard and Herb Elliott Avenue Olympic Park Homebush Bay Sydney I will be here for memorials too many already] Song played at Leigh's funeral. Macy Grey "I Try" (she gets on the 15th floor in this clip and Leigh went off the 15th floor)

Your Father for a mere twenty years

I now know that baseball was just a small part of who you were. What you showed the world was just your shadow (fuzzy logic) a cover for a painful life within that I am just learning to understand and deal with five and half years after you decided this was not the place for you. It was yesterday (12th of March 2009) when I was reading what two friends of yours wrote in your facebook that I realised that to many baseball was just a small aspect of you.

Leigh use to say that none of his friends played baseball. He liked that. Their only interest in baseball was Leigh. "Baseball is my job it is not me" he once wrote. I use to love watching Leigh pitch, it was an art form. He was so good. The Atlanta Brave's scout clocked him at 92 mph when he was 16. Nothing stressed him when he was on the mound. When he was pitching he had control of the universe yet still he said baseball was just his job. Just an act he was good at from daily practice from the age of seven when he announced he would play for the NY Yankees. No one in our area played baseball. Country South Australia is into Aussie Rules Footy and cricket.

You gave so much of yourself and are still remembered and missed by so many. Of your more than one-hundred friends in Facebook, not a one speaks about your baseball career. They only speak of missing a friend. I miss you too so much everyday. Thank you for all you gave. I only keep your ashes with me on my desk or next to my bed because I have never known where to put them. We lived in so many places but I think one day I will spread them in either Mt. Compass or in Victor Harbor because there was a time we were happy in the Fleurieu Peninsula. I definitly will not leave them in the United States, Sydney or in Adelaide.

I will be in Sydney to celebrate Leigh’s life on August 16th, 2006, in front of the Novotel Hotel, Sydney Olympic Park,

Rest In Peace that you could not find on this planet. We started on the Internet together in 1995 and on computers in 1991 and I am still on the Internet and you chose to move on. Thank you for so many years connected with me on the Internet and in Real Life. You are now so more fully connected to a new life that I can not grasp so far beyond the pains and sorrows of this life. 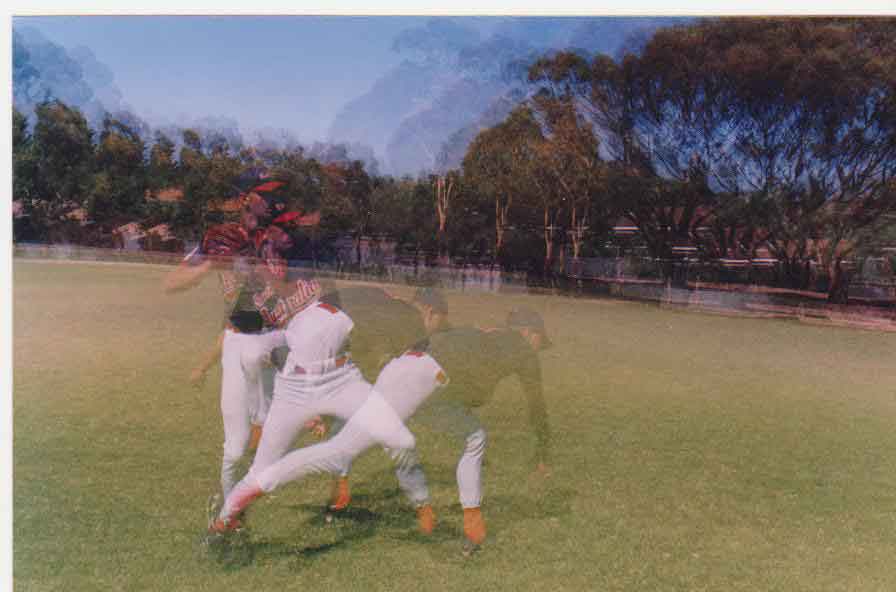